How Much Does Spray Foam Insulation Cost?

When it comes to insulation, there’s a common misconception that spray foam insulation cost is too expensive, causing builders and homeowners to opt instead for traditional insulation materials. But the truth is, the cost difference between spray foam and more common insulation types is already narrowing. Depending on the building regulations in your area and factoring in a range of cost offsets, the insulation cost for spray foam is now well within most budgets.

For informed homeowners who have done their research, the benefits that spray foam insulation offers and the return on investment (ROI) that it guarantees over the longer-term should cancel out any misgivings they may have at the initial outlay

But how much does spray foam insulation cost in the UK?

The average cost of spray foam insulation installation comes close to traditional fibreglass insulation when taking into account spray foams life expectancy, though you can expect to pay more or less depending on the type of spray foam, the number of areas you want to insulate, and the corresponding thickness of the insulation needed. 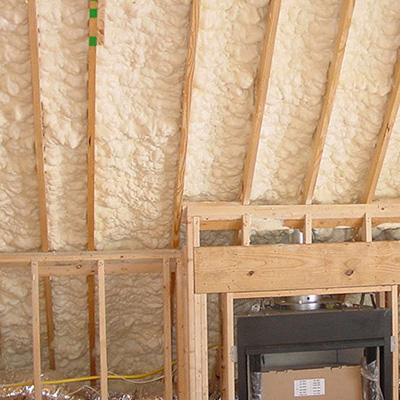 Professional spray foam insulation cost varies and depends on several factors, which all impact on the initial investment you’ll have to make. These include:

It is also important to note that there are two types of spray foam insulation and that each has its own corresponding pricing.

The first type is known as open cell spray foam. Above-grade open cell spray foam is used mainly in residential projects, because it works well as a soundproofing agent, particularly for attics, rooflines, and exterior walls. It is referred to as “open cell” because the cells of the foam remain open and create a soft, foamy-looking structure when dry. 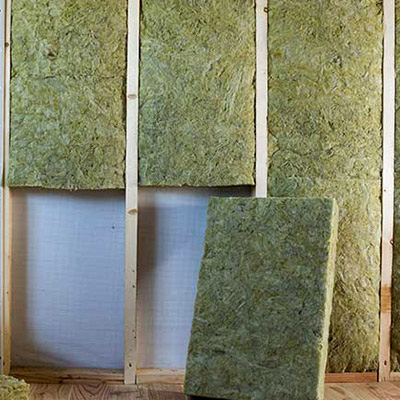 The initial cost of spray foam insulation installation is higher than traditional insulation types such as fibreglass. Although this is the case, there are cost-saving opportunities that you can benefit from as a homeowner, once the product is installed.

Although the potential cost offsets for spray foam varies depending on your location and building regulations requirements, it can be quite significant.

These cost-saving opportunities make the gap between the price of insulation with spray foam and that of other insulation types narrower than it appears; and hopefully proves that spray foam isn’t as expensive as you might think.

Return On Investment With Spray Foam Insulation For Your Home

As a homeowner, you will be able to see a significant ROI and payback your initial investment within three to four years on average, if you have spray foam insulation installed in your new-build house.

Compared to the cost of fibreglass insulations, you can save quite a lot of money on energy saving too. If you switch to Eco Spray Foam insulation, the yearly expenses for heating and cooling can drop significantly.

Although the cost of spray foam insulation varies on the home design, the property’s location, and a few other variables, you should start to see that, from as early as the construction stage, the Eco Spray Foam insulation cost in the UK isn’t as expensive as you first might have thought. 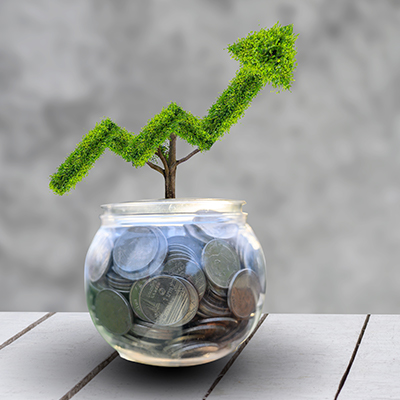 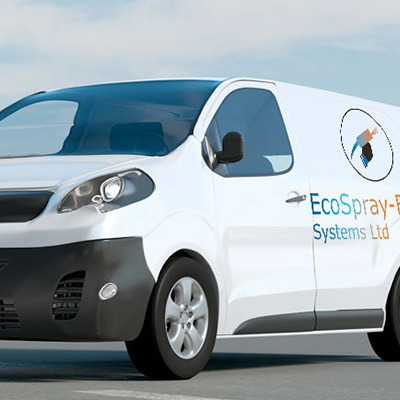 Where To Get The Best Spray Foam Insulation Cost?

Are you looking to invest in spray foam insulation to fix the issues in your building? Our team at Eco Spray Foam are the experts you’re looking for. We are Icynene-accredited quality insulation providers who can offer you a tailor-made solution, no matter what your building’s needs are.

We at Eco Spray Foam are professionals you can trust, having been in the business for more than twenty years. If you choose to work with us, you can expect to get the best insulation products and services available on the market today, with expert installation in your home or business premises.

What’s more, our offers come at highly reasonable prices. You don’t have to break the bank to enjoy the benefits of good property insulation!

Our friendly team of experts here at Eco Spray Foam are ready to provide guidance on the best insulation solutions for your building. To get in touch or to book your free insulation survey, call us today on 0203 411 5188 or by filling out our online contact form at https://www.sprayfoam.co.uk/contact.html.

The spray foam insulation costs may appear high at first, compared with other insulation types. However, spray foam is better than traditional insulation in many ways. Closed cell spray foam, in particular, adds sturdiness to your walls while increasing your building's value. Additionally, it keeps properties safe from weather damage, including protecting against strong winds, heavy snow, and even earthquakes.

Spray foam is available in two types, with different commercial building insulation price for each. The average total commercial spray foam insulation cost depends on the size of your property and the type of insulator chosen.

Yes. Spray foam insulation needs a thermal barrier when applied to a building to separate it from occupied spaces. If there's a fire in the building, this thermal barrier will keep the combustible spray foam away from the flames, increasing its overall resistance.

It takes five seconds for open cell spray foam to set completely and 45 seconds for closed cell spray foam. However, it will take eight to 24 hours for the spray foam to become fully cured, depending on product and site conditions. Spraying a mist of water on the substrate and between the layers of foam helps hasten this process.

You can expect spray foam insulation to last throughout your property’s lifetime. In contrast, traditional insulation types will typically need to be upgraded once every five to 10 years to remain effective.Here at Eco Spray Foam, we offer a 25-year warranty on our insulations.

Aside from being non-toxic, spray foam typically also has a lifetime guarantee. The cost of spray foam insulation is a worthwhile investment. The material expands to about 100 times its original volume, enabling it to fill in all air gaps, unlike standard fibreglass insulations. It is also quite flexible; as your building contracts over time, so will the foam insulation.

No, spray foam will not cause your roof to rot, unlike water. Open cell spray foam specifically is breathable and allows air to flow through it, which helps ensure that if water is able to seep beneath the shingles, it won't sit between the spray foam and your roof to create rot.

Spray foam insulation traces its roots back to the development of polyurethane foam by Otto Bayer. Bayer began working with polyurethane in Germany during the late 1930s.

David Eynon, the president of Mobay, a conglomerate created from the partnering of Monsanto and the Bayer Corporation, brought the technology to the United States in the early 1940s. During this time, polyurethane polymers were used primarily used in military and aviation applications.

They were then used in a variety of ways throughout the following decades, particularly in steel auto industry applications.

Two decades later, the foam began to catch on as a popular form of insulation for various types of properties. Given its reasonable container insulation price, many businesses also use spray foam to protect their products while in storage.

The following are some of the benefits that spray foam insulation provides, all of which make the corresponding thermal insulation price worth it:

If you’re interested in reaping these benefits, request a free quotation for foaming insulation today!

Spray foam creates an effective moisture barrier that prevents the growth of mould, even in damp environments.

It seals areas that usually allow entry of hot and cold air from the exterior to the interior your house. As a result, you don’t have to use your heating and air system as frequently.

It makes for an excellent repellent against insects and other pests. Unlike with other types of home insulations, unwanted pests won’t chew through spray foam.

It blocks outside noise, making your home more peaceful and comfortable.

There are two types of spray foam insulation to choose from, each with a varying Eco Spray Foam insulation cost: open cell and closed cell. Both are made from polyurethane and filled with air or gas bubbles but have distinct, unique properties when they set.

Closed cell spray foam sets into a rigid solid form, which offers additional support to the structure of your property.

Open cell spray foam, on the other hand, is less dense once it sets and can be compressed with your hand. It can’t be utilised as structural support, but is useful for sound insulation as it reduces and blocks airflow.

Advantages of Spray Foam Insulation over other Materials

Although spray foam is easy to use and install, it is a task that is still best left to professionals. Get in touch with us to find out the loft spray foam insulation cost for your property or contact us for a free inspection and quote for your project today.